Over the years, Perfisa, S.A. has established itself as one of the main references in a market that is, by its nature, extremely competitive. This results from a growth strategy that is based on principles of quality and innovation that extend to all departments of the company and its employees.

We invite you to learn more about our history through the timeline, below.

In 2016, Perfisa obtained N certification through AENOR (Asociación Española de Normalización y Certificación) with regard to metallic profiles for the application of plasterboard.

At the beginning of 2015, Perfisa received the EN 1090 Certificate, thus ensuring factory production control in relation to its Structural Profiles.

In compliance with all specifications of standard 411 and DTU 25.41, Perfisa received the respective certificate issued by the CSTB (Centre Scientifique et Technique du Bâtiment).

In October 2013, the Lisbon Logistics Center started its commercial operations.

In May 2013, Perfisa opened its first Logistics Center in Albergaria-a-Velha.

Also in 2008, in recognition of the innovative work developed over the years, Perfisa was given the statute of PME Líder, which it still holds today.

In early 2008, a new product was launched – the A-M Panel – with the aim of better responding to the demands of our customers and the market in general and seeking to offer new alternatives to current products.

In the perspective of continuous improvement of its products, Perfisa carefully monitors the promulgation of standards and directives that may include more products. Thus, in 2007, the process of implementing the CE Marking according to the standard EN 14195: 2005 was completed.

In 2006, Perfisa expands once more its range of solutions, dedicating itself to the commercialization of a wide range of Plasterboard Putties. 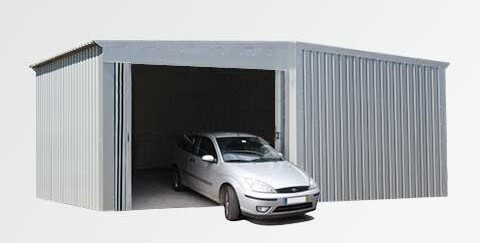 In 2004, the company continued to expand its range of solutions with the launch of Perfisa Structural Kits: a range of products ready to install, without the need for great technical or practical resources, not even complex machines.

During 2003, Perfisa embraced a new challenge: the production of cold-formed Structural Profiles, in accordance with the European legislation in force (Eurocodes 3), for the construction of houses in Light Steel Framing, starting to diversify its product portfolio to the market.

Implementation of the ISO 9001 QMS

In 2003, Perfisa implemented the Quality Management System, in the NP EN ISO 9001: 2000 standard, with the purpose of reaffirming to the market what moves the company since its conception, that “Quality has a name”.

In 2001, the quality of Perfisa’s economic, financial and management performance led to the award PME Excelência 2001.

Initially the company was dedicated exclusively to the manufacture and sale of Profiles and Accessories for Ceilings and Partitions, where it managed to become the market leader in Portugal.